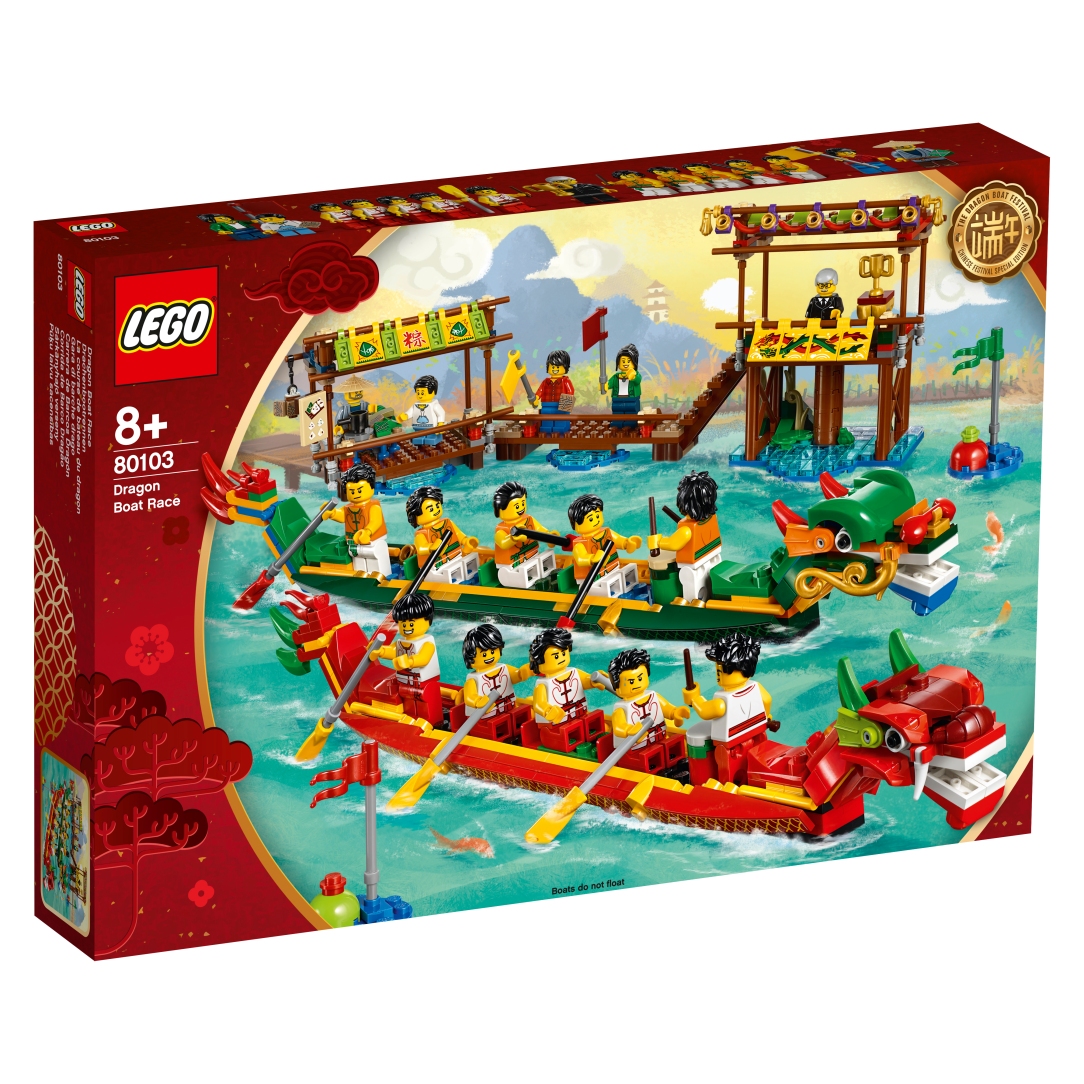 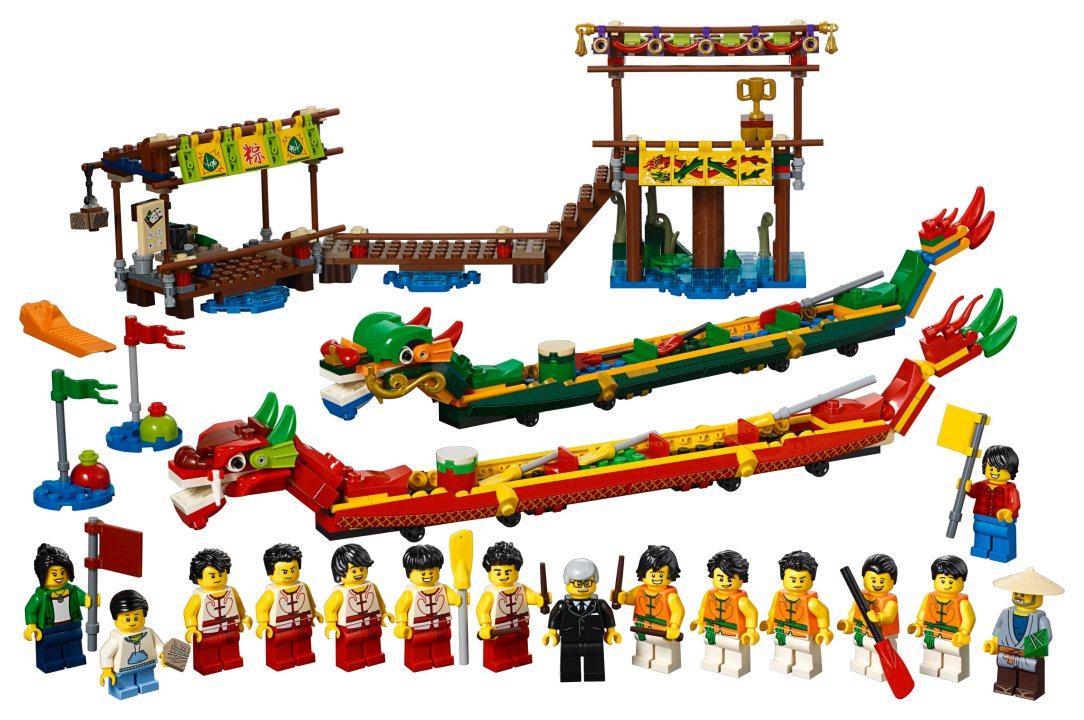 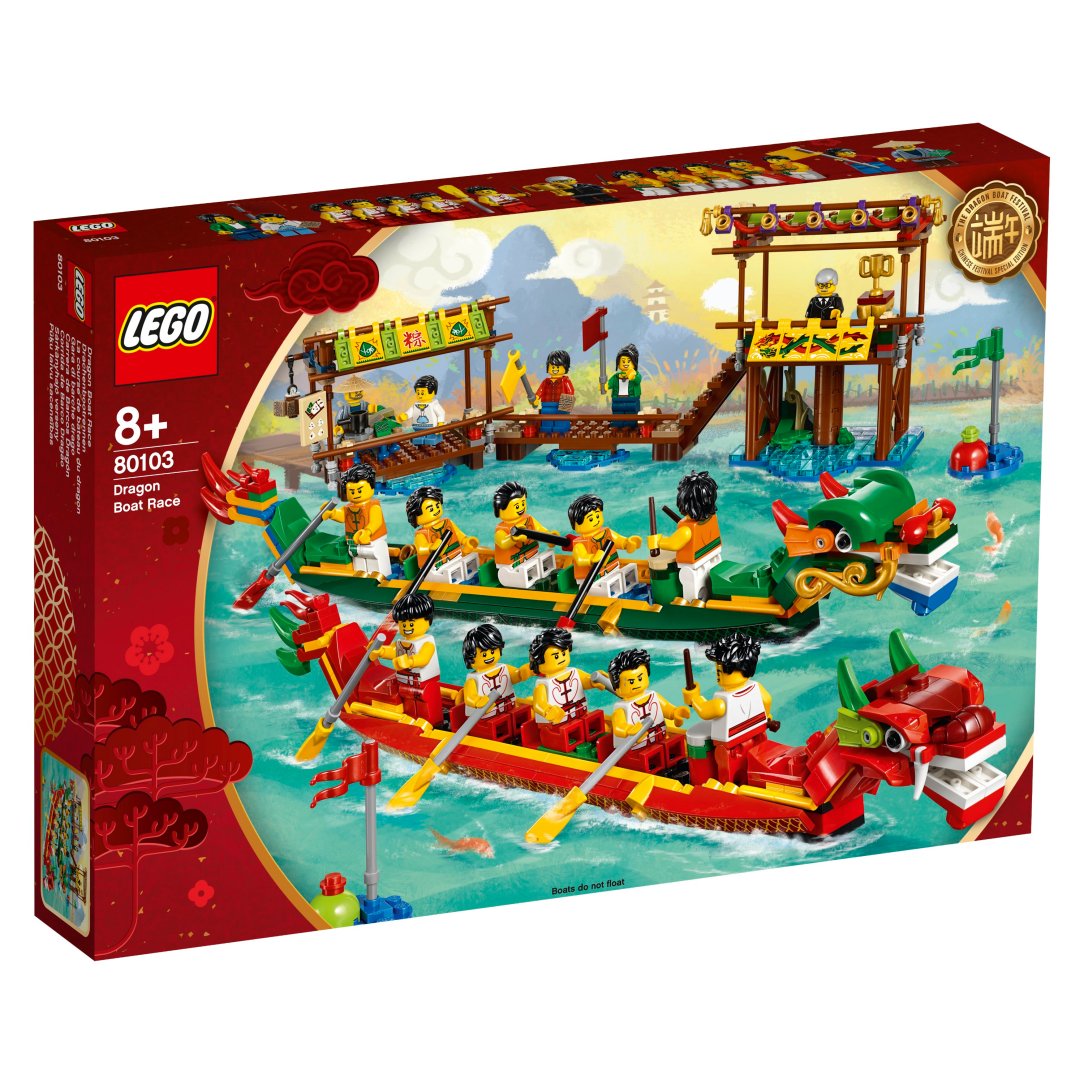 The Dragon Boat Festival, popularly known as theDuanwu Festival, is a cultural festival originating in China and occurring close to the summer solstice, around the end of May to mid-June. It commemorates the life and death of the famous Chinese scholar Qu Yuan (Chu Yuan).

It is unofficially observed by the Chinese communities of Southeast Asia, including Malaysia and Singapore. Two of the most widespread activities conducted during the festival are preparing and eating zongzi(traditional bamboo leaf-wrapped sticky rice dumplings) and racing dragon boats.

A dragon boat is a paddle boat that is traditionally made of teak wood to various designs and sizes. They usually have brightly decorated designs, with the front end shaped like open-mouthed dragons and the back end with a scaly tail. A sacred ceremony is performed before any competition in order to “bring the boat to life” by painting the eyes.

As with the LEGO LNY sets, the LEGO Dragon Boat Race Set is part of the Spring Festival series, as can be seen by the gold medallion featured on the upper right corner of the packaging.

The latest in the series will allow fans to recreate all the color and thrills of a Dragon Boat Festival and features two impressive dragon boats (one green and one red). Each boat features a dragon head with an opening mouth and posable tail, three minifigure seats for the paddlers, space for the helmsman and drummer to stand, plus small wheels underneath for racing.

There is also a dock which features a food stall with different elements including a pot, rice bucket, six cooked zongzi, two uncooked zongzi and a food sign. The dock is attached to a viewing area for spectators and the judge’s stand with steps, decorative elements and a trophy! 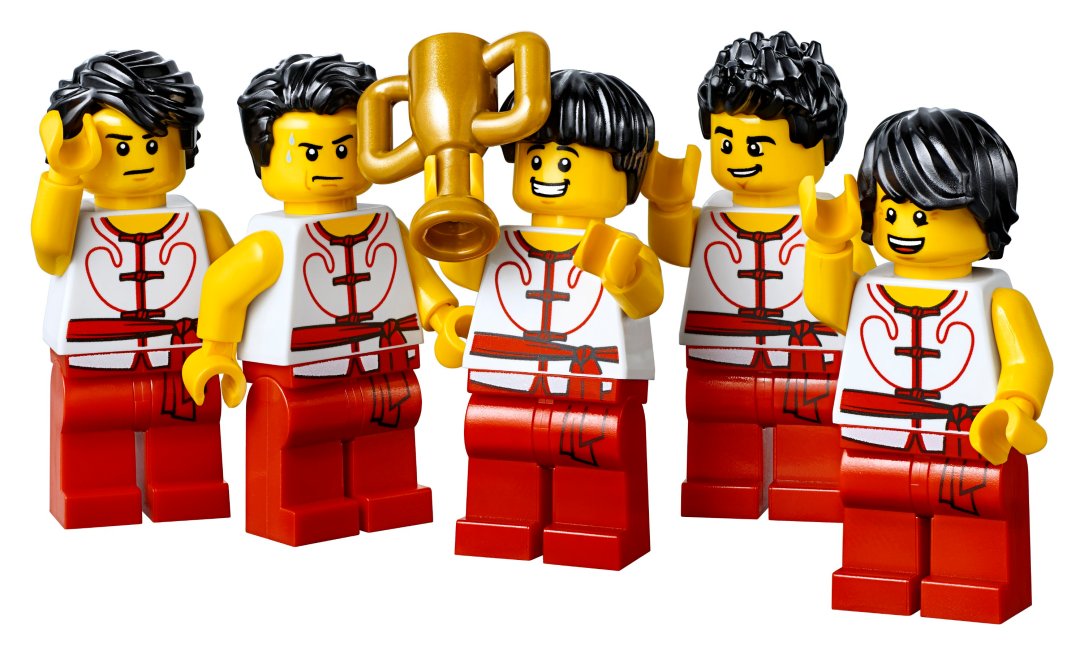 The set comes with 15 minifigures which are made up of two dragon boat helmsmen, six paddlers, two drummers, two spectators, a judge, a young boy and a stall keeper. The helmsmen and paddler minifigures are brand new additions to the LEGO minifigure family.

“Our LEGO Spring Festival series is instrumental in commemorating the rich culture and celebrations of the region, and we are very excited to launch the first ever Dragon Boat Race set in Singapore,” said Cesar Ridruejo, General Manager of LEGO Singapore and Malaysia.

“LEGO is committed to producing sets that are targeted especially to fans in the region, as well as children who will get a unique play experience that is deeply fundamental in culture,” she added.

Relish your interest in LEGO as we play, share, discuss our love on bricks. A uniquely Singapore community awaits you! News . Outreach . Media . Share View all posts by Singapore Bricks Club