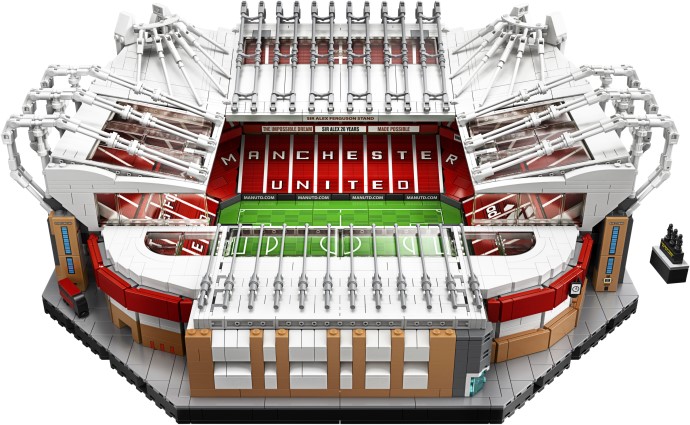 LEGO have embarked on a licensing path as more global partnership were forged with the very first football stadium model unveiled in partnership with one of the world’s largest football institutions – Manchester United football club.

The set modelled the 74,647 seater stadium which is also the largest club football stadium in United Kingdom.

Manchester United fans will love building this big LEGO set model of Old Trafford (10272) to show their allegiance to one of the world’s most famous football clubs. The building set for this LEGO football stadium provides a fun challenge to create a spectacular showpiece model.

Manchester United fans can show off this Old Trafford replica at home or the office. New for February 2020, this LEGO Creator sports set coincides with the stadium’s 110th anniversary. This building kit for adults features several evocative details including the players’ tunnel and the statue of the United Trinity.

Bring to life your passions with advanced LEGO sets!

LEGO Creator Expert advanced building sets allow adults to construct models based on some of their biggest passions, including cars, buildings and stadiums. Once the challenging and fun building experience is complete, these collector models from building bricks make an eye-catching display at home or the office.

Relish your interest in LEGO as we play, share, discuss our love on bricks. A uniquely Singapore community awaits you! News . Outreach . Media . Share View all posts by Singapore Bricks Club